So far, McLean has mapped smells in Amsterdam, Edinburgh, and Milan. Each city has its own dominant aromas, and its surprises: In Amsterdam, for example cannabis didn’t register with McLean and the volunteer flaneurs she enlisted to explore block by block. Instead, she says, “spring 2013 in Amsterdam revealed an abundance of the warm, sugary, powdery sweetness of waffles.” 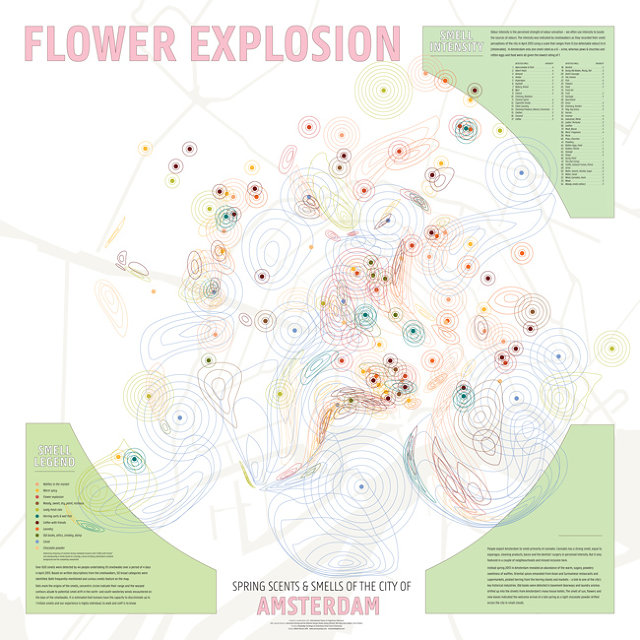 After completing “smellwalks,” McLean organizes her volunteers’ written descriptions into summary lists, then places the origin of each smell on a city map, with concentric circles indicating the odor’s range. Next up: New York and Pamplona, Spain.